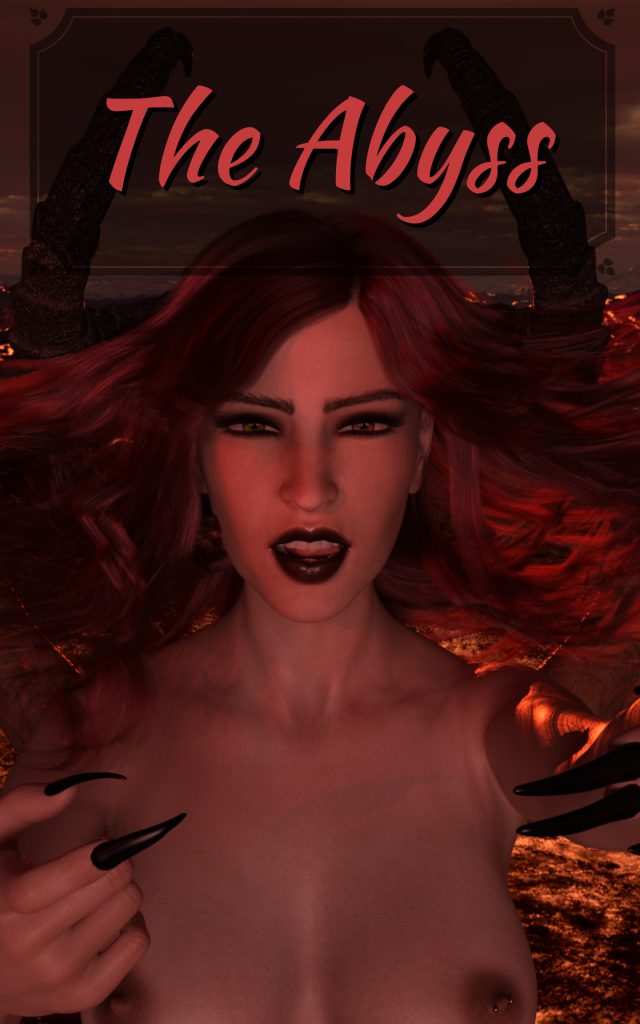 The Abyss is an old story I wrote many years ago and chose as the story I wanted to translate first.

When I published the story in late October 2019, I created some digital images to accompany the text. This illustrated edition was initially available only on my Patreon page​, but as a gift for Xmas 2019, I also posted it here.

The story is about a man whose world perishes in an inferno and plunges subsequently into the Abyss, where he discovers his true destiny.

A deep rumbling seized the earth. Countless cracks, which had their origin right under his feet, wounded the ground as if he stood on too thin ice, which yielded under his weight, threatening to break.

A nightmarish glow arose from the widening fissures. Sickly-looking fumes welled out, robbing him with their foul sulfurous stench of his breath. Soon after, jets of hot ashes shot up, howling out of menacing depths below, merging into an infernal firestorm that rose heavenward to set fire to the firmament itself.

The violent clash of hellish heat and celestial cold shook the foundations of his world.

Scorching ashes rained down on him.

Within mere moments his world was devastated.

Filled with suffering that had eaten its way deep into his inner being where it inflamed his soul, he stood amid this inferno and shouted against the rage. But his lamenting went unheard in the clamor.

The world itself was burning; everything was ablaze and perished. Sand became sooty, then bursting glass that shredded his skin with its biting splinters, drilling deep into his flesh.

Naked and tormented, he found himself in a whirl of destruction, condemned to be alive. How gladly he would have died, sliding over into the forgetfulness death was promising. But death was denied to him.