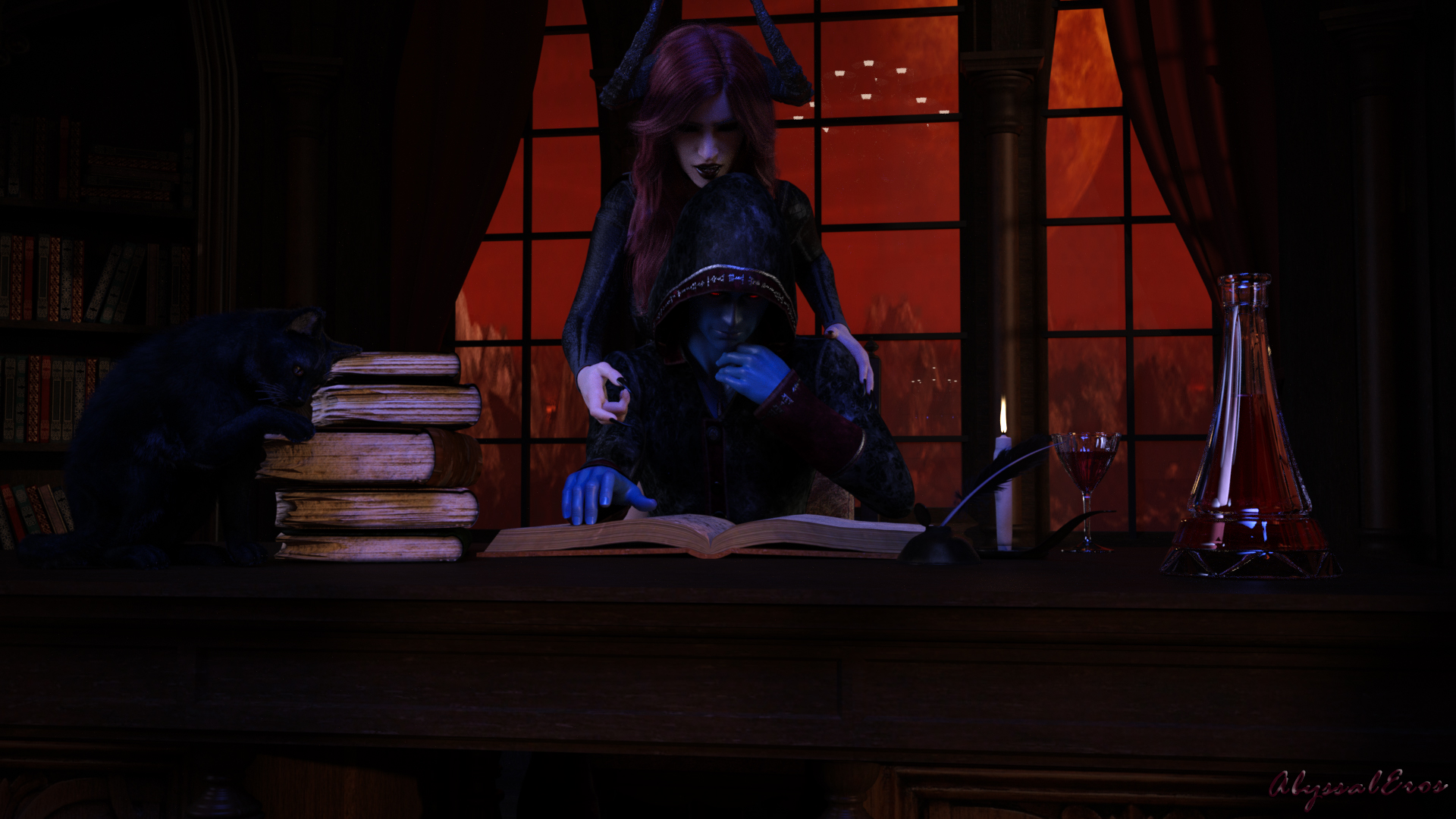 While I gave you a report about my translation works last time, today I will sum up my contributions to last year’s contests.

In March 2021, Renderosity held an Animals & Creatures Contest, wherein I made third place again with my image, An Evening at Monsters’ Rest.

In April 2021, I joined two more contests at Renderosity, where I made third place once more with my image, Disappearing Humanity, at the Invisible Human Contest. But apparently, I am not that funny, as my contribution to the Funny Contest, Twiggy the Bouncer, had to stay outside the victory party.

In July 2021, I partook with my image, Into the Dragon’s Lair, in the My Pet Contest, without success.

In August 2021, I sent the girls from My Life with Laura into the Swimsuit Contest with the image, Full Volley Fun, and contributed an illustration, The Prison of Venus Infernalis, for the Triptych Contest; both without success.

In September 2021, I contributed to two more contests, the Nostalgia TV Contest and the Film Noir Contest. Unfortunately, my images for them, The Adventures of Bloody Vicky and The Most Intimate Case, in that order respectively, failed again to catch any prizes.

In October 2021, I joined the fray of the annual Halloween contests with entries for the 2021 3D Halloween Contest: Los Días de los Muertos and the 2021 Writers Halloween Contest: 2 Sentence Horror Stories. My image entry, The Melancholic Chasing after Long-Lost Things, showing Tizia from the Trinity-verse, failed to climb the post, but my Horror Story entry, Void, made the first place.

In December 2021, I also joined the annual Holiday Contest with an image and a story contribution. That I made first place with the latter, I already told you at the beginning of this report; my image entry, Remembrance of Gramps, for the 2021 3D Holiday Contest: December Around the World was not so lucky.

Throughout the whole year, I also partook at every single contest at Slushe, and while usually most of my images got featured on that site, not once did one of my contest entries got featured, and thus my entries stayed unnoticed. However, I will not be bothering you again, how that eventually led to me letting Slushe behind me. If you want to know more and have not yet, check out parts 1 and 2 of this activity report series.

As you see, I was quite busy testing my skills in competitions, using those contests to force myself to improve. And I hope you can see my evolution and stay with me to see what I will come up with next.

Again I reached the second page of my report, but luckily I also reached the end of this part. Thus, see you next time.